Message from the President
We will be able to expand our economic activities to a limited extent, but we want to be a sustainable cooperative with local thinking, global action, and social contribution.
Although the environment surrounding the industry is very severe these days, we will take a step forward from yesterday to become a union that will move forward as much as yesterday, share the ideal form of the city building and coexistence and coexistence and prosperity.
We look forward to your continued guidance and encouragement from our cooperative.
At the end, i would like to pray for your good health and happiness and to say hello.
静岡県志太榛原生コンクリート協同組合
Chairman of the Board渡仲 康之助


How it was established

1. 静岡県中部生コンクリート協同組合as a premise of the establishment of cooperatives in this district, from April 1, Showa 47.静岡県生コンクリート協会中部支部More isolated,県協志太支部was launched.

2. 県協志太支部while promoting the stability of market conditions by co-ordinating the cooperation of association members, we have established a policy of conducting union activities as a member of the Chubu Raw Co-operative.静清district and志太榛原In order to enter into a union operation with independence from different perspectives of geographical and economic elements of the district, it was necessary to separate and separate from the Chubu Association as well as the Association, and on June 26, Showa 47, a meeting of representatives of the association branch was held at Nikko Kaikan.


Since July 47, showa 47, the Union Establishment Preparatory Committee has been actively held, and with September 30, the Chubu Co-op was amically removed from the Co-op, and from October 11, the union was prepared to operate, and on December 6, fujieda city hall静岡県志太榛原生コンクリート協同組合the founding general meeting of the
The union was applied for permission to be established in the prefecture, and the governor of The Prefecture received permission from the governor of Showa 48, and on January 30, the payment of funds from the union members was completed.
2The registration was completed on May 5, and it was officially静岡県志太榛原生コンクリート協同組合We have been inaugurated.
It has since reached the present day.

Take a closer look at the steps of the cooperative >>

The role of cooperatives 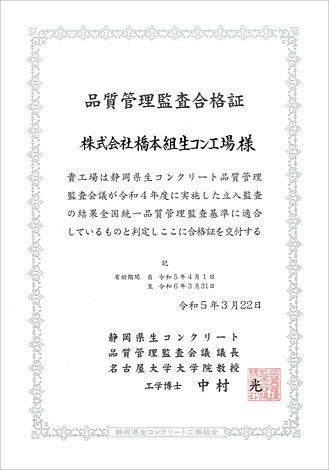 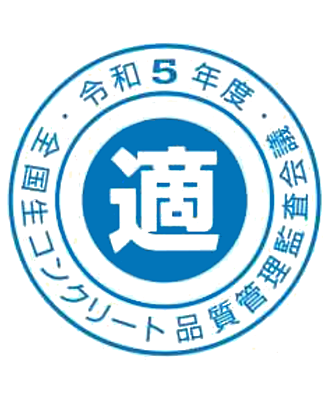 ★ It is a mark that is issued only to factories that are judged to have a system to ensure quality and that quality meets compliance standards.
It can be used for documents, catalogs, business cards, etc. issued by the factory that issued the grant, and the expiration date is limited to the year listed on the mark. 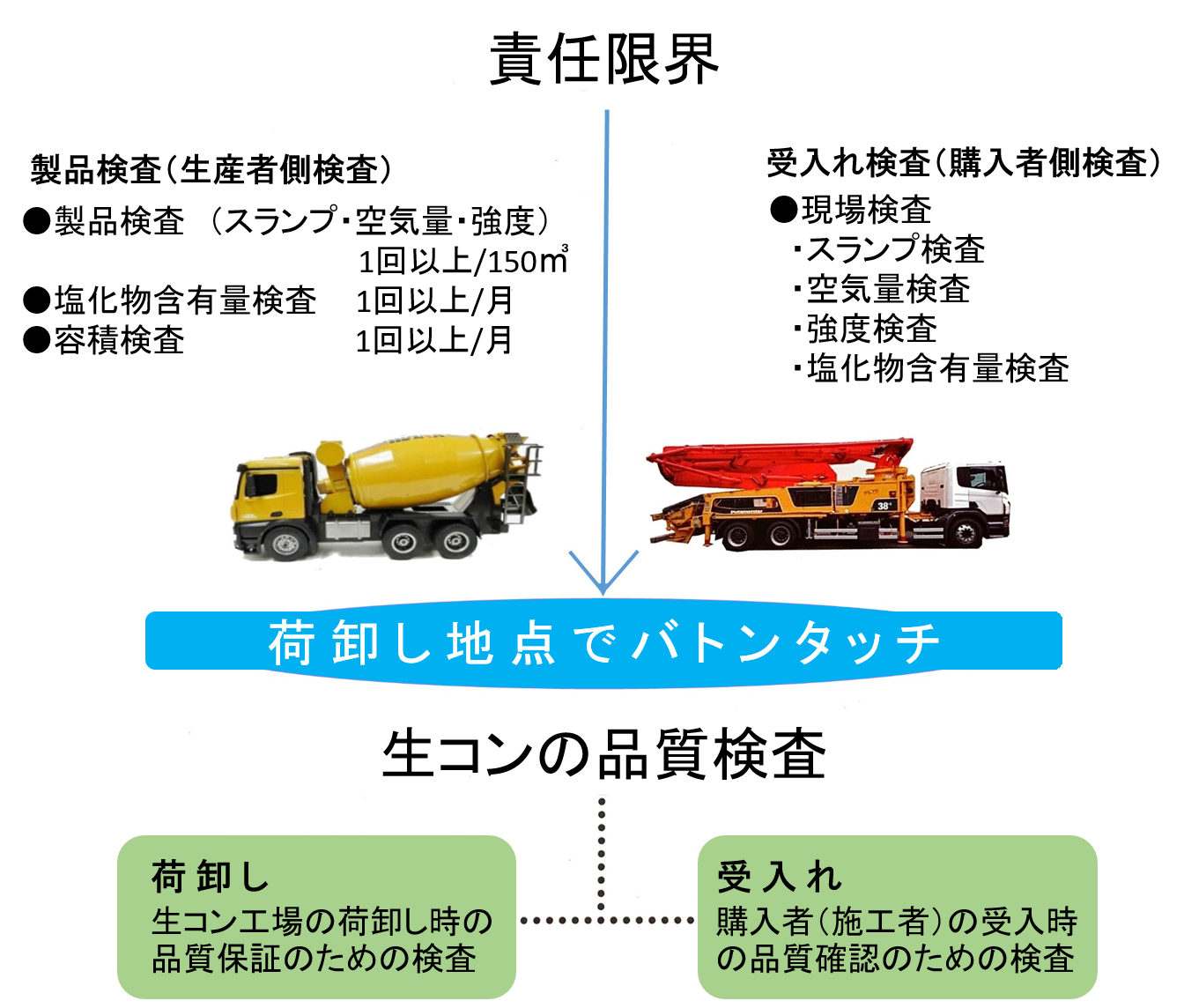 The factory strives to produce good raw con and to use it with peace of mind by ensuring quality control and inspection.
In addition, we ask that the inspection of acceptance at the site be carried out by the purchaser.


Kanto Bureau of Economy, Trade and Industry Certified as A Qualified Association for Public Demand 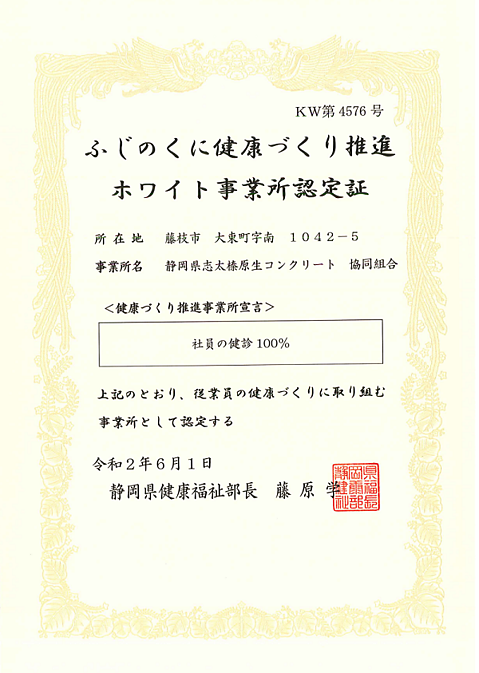 
▲Back to top of this page

This page has been translated automatically. Please note that it may differ from the original content.

This page has been translated automatically. Please note that it may differ from the original content.